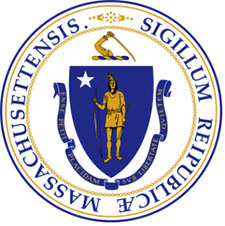 The Massachusetts EOLWD’s mission is to enhance the quality, diversity and stability of Massachusetts’ workforce by making available new opportunities and training, protecting the rights of workers, preventing workplace injuries and illnesses, ensuring that businesses are informed of all employment laws impacting them and their employees, providing temporary assistance when employment is interrupted, promoting labor-management partnerships and ensuring equal access to economic self-sufficiency and opportunity for all citizens of the Commonwealth. 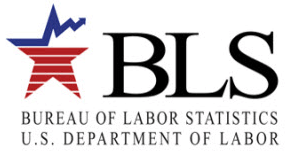 The Bureau of Labor Statistics of the U.S. Department of Labor is the principal Federal agency responsible for measuring labor market activity, working conditions, and price changes in the economy. Its mission is to collect, analyze, and disseminate essential economic information to support public and private decision-making. As an independent statistical agency, BLS serves its diverse user communities by providing products and services that are objective, timely, accurate, and relevant. Data can be found below.

The Bureau of Economic Analysis is an agency of the Department of Commerce. Along with the Census Bureau, BEA is part of the Department’s Economics and Statistics Administration. BEA produces economic accounts statistics that enable government and business decision-makers, researchers, and the American public to follow and understand the performance of the Nation’s economy. To do this, BEA collects source data, conducts research and analysis, develops and implements estimation methodologies, and disseminates statistics to the public.

BEA is one of the world’s leading statistical agencies. Although it is a relatively small agency, BEA produces some of the most closely watched economic statistics that influence the decisions made by government officials, business people, households, and individuals. BEA’s economic statistics, which provide a comprehensive, up-to-date picture of the U.S. economy, are key ingredients in critical decisions affecting monetary policy, tax and budget projections, and business investment plans. The cornerstone of BEA’s statistics is the national income and product accounts (NIPAs), which feature the estimates of gross domestic product (GDP) and related measures.

The Federal Reserve Bank of Boston

The Federal Reserve Bank of Boston has created a powerful, time-saving, easy-to-use tool for people interested in the New England region. The tool uses census data to compare the demographic characteristics of lower-income and higher-income areas within a city.

Massachusetts Gateway Cities are midsize urban centers that anchor regional economies around the state. For generations, these communities were home to industry that offered residents good jobs and a “gateway” to the American Dream.